Until I Met You, is a drama series that follows the steps of Alberto Aguilera Valadez, towards his dream to fame. A tour of 13 episodes based on unpublished testimonies that reveal, as never before, the life of the Divo of Juarez: Juan Gabriel. A story that tells how his talent led him to defy his fate and overcome poverty, betrayals and prejudices. 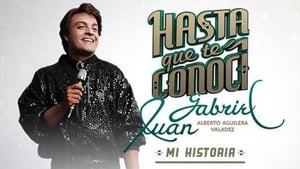